A challenge for any memory test engineer is to find the reason why a memory device or module may pass every preliminary manufacturing test, yet still fail in the real world of consumer use. Memory failures may happen during a system boot or during any application running on any given system. As technology improves and manufacturers increase system speeds, failures related to system behavior often become more prevalent. Such problems can vary with different combinations of chipsets, processors or motherboards. 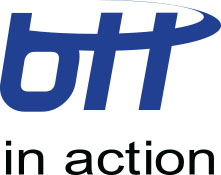 There are three main types of failure in semiconductor memory devices:

Behavioral Test Technology (BTT ) is a revolutionary, patented technology proven world wide. It can identify memory malfunctions that escape usual testing methods. The King Tiger Memory Test System [uses this technology] is designed to test and identify problems in DDR memory devices and modules that may have passed every usual manufacturing test, but which can still fail in normal use. BTT allows the memory test engineer to integrate the signals from the King Tiger System into a traditional test environment and afford the engineer the highest level of test correlation currently available.

Although most ATE systems are good at catching Logical and Parametric Failures, they have no reliable way to quickly and easily replicate Behavioral Failures. This means that it is possible for a memory device to pass through the entire test process and still fail in the field. Upon return of said device, it may still pass functional and parametric testing. As a result, ATE testers may not have the best possible fault coverage.

Many manufacturers of memory devices first test the devices on a traditional ATE and then assemble them into modules. They then test for opens and shorts on one tester, run functional testing on another tester, and subsequently do compatibility testing on a Motherboard. The King Tiger Test System is more cost effective than the above methods because it allows the manufacturer to combine all of these steps into one procedure performed on one machine. King Tiger offers the advantage of high throughput with superior quality control because there is less handling by operators and there are fewer steps in the testing process.

Incorporated into the King Tiger Test System is a high performance ATE (automatic test equipment) style tester combined with BTT for catching Behavioral Failures. The King Tiger is capable of running traditional functional and parametric tests such as march patterns and leakage measurement tests while also providing cutting-edge characterization and failure analysis tools such as Schmoo Plot. By loading in a known address scramble table, it is also possible to do physical Bit Maps of DRAM devices.

A leading cause of product returns of memory modules is blank or misprogrammed SPD’s (serial presence detect EPROM’s). Tiger Claw software for the King Tiger Test System has one of the most flexible and easy-to-use SPD management tools available. With the ability to manage thousands of SPD images in virtually any standard format, and special tools like serialization, bar code stamp, time and date stamp, and special program and verify features–the King Tiger Test System will reduce RMA’s and save production costs.

Motherboard testing has several other weaknesses as well. Socket reliability, long test times and high labor costs are some of the less desirable factors. Testing in one model of motherboard does not guarantee compatibility in others due to variation in chipset, processor or motherboard design. Motherboards do not have the precision or measurement capability to catch many Parametric Failures as well.

In any testing process, the hallmark of a superior tester is its ability to catch failures while optimizing the manufacturing process. The King Tiger Tester offers the manufacturer the following: state-of-the-art testing capability, revolutionary new tools to insure compatibility, reliable repeatable results, and ease of use and flexibility. For the highest quality, lowest cost and most efficient memory production testing, there is no better solution.